The project and specs have been submitted to Guinness World Records for verification. According to the Guinness website, the current World Record for largest lure is currently held in Texas, USA featuring a 15ft body length. In contrast, Lacombe’s project plans are drafted at a lofty 28ft (not including hook or supporting structure). Of course, Lacombe’s lure is painted with Len Thompson’s most popular pattern, the Five of Diamonds.

In the original press release by the City of Lacombe on March 12, 2019, Mayor Grant Creasey stated “Once complete, the world’s largest lure will become a must-see attraction for visitors, and help cement the already established legacy of Len Thompson Lures in our community.”
Brad Pallister, President of Thompson-Pallister Bait Co. Ltd. added, “Lacombe has been the home of our business for 61 years. It is very humbling and exciting that this monument will be completed during a big milestone - our company’s 90th anniversary.”

The structure is located at the Len Thompson Pond, situated at the end of Len Thompson Drive and easily visible from Highway 2A. Managed by the Lacombe Fish and Game Association, the pond’s waters are stocked annually with rainbow trout providing accessible fishing opportunities for locals and visitors of all ages. The lure was officially unveiled to the public on the annual “Kids Can Catch Fishing Day” which took place on Saturday, June 1, 2019. 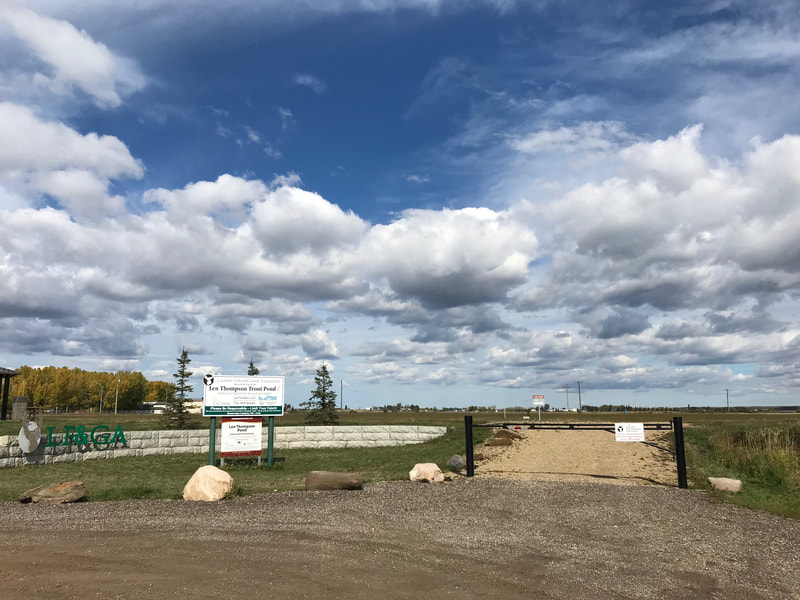 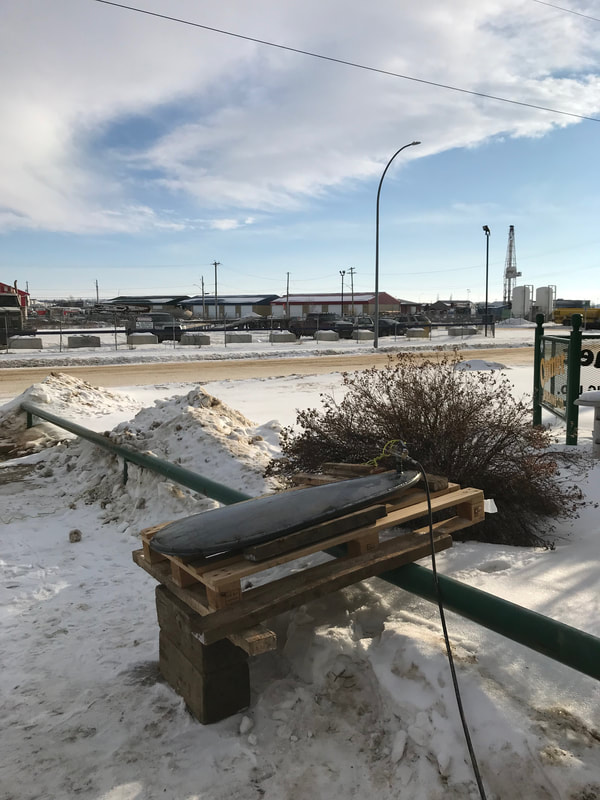 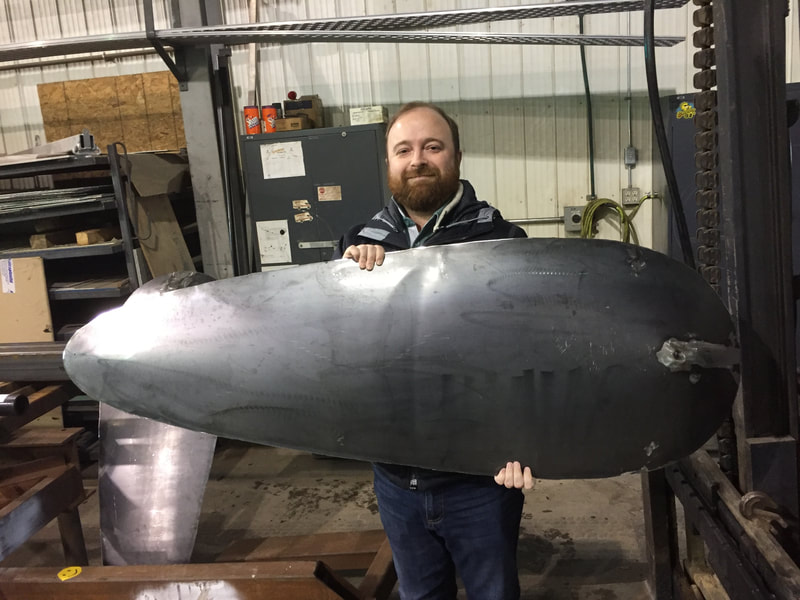 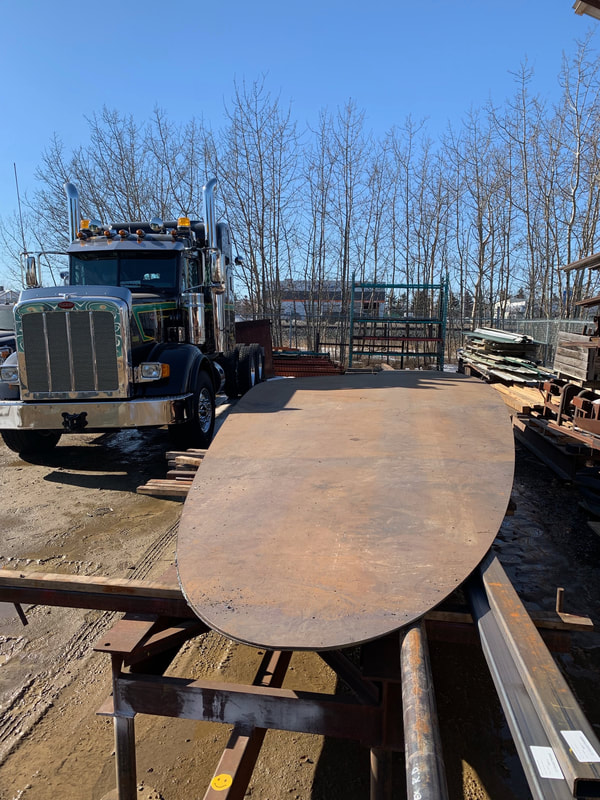 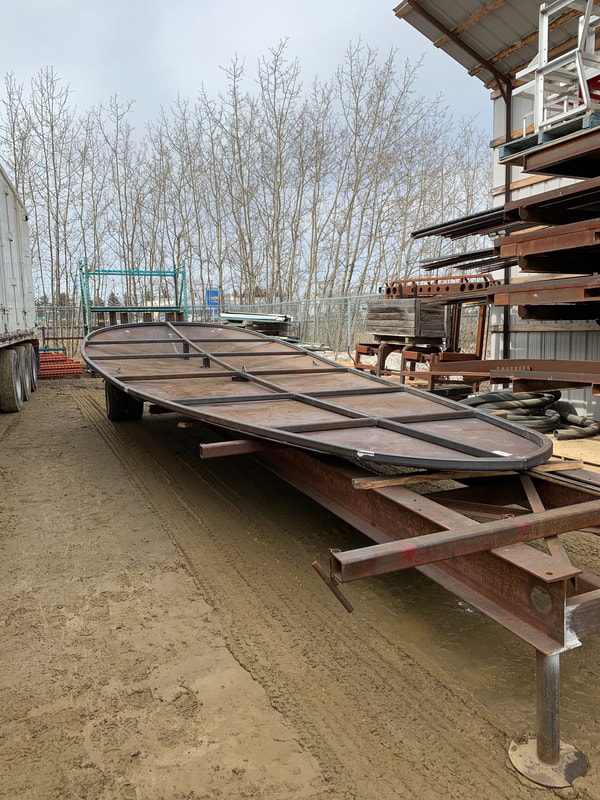 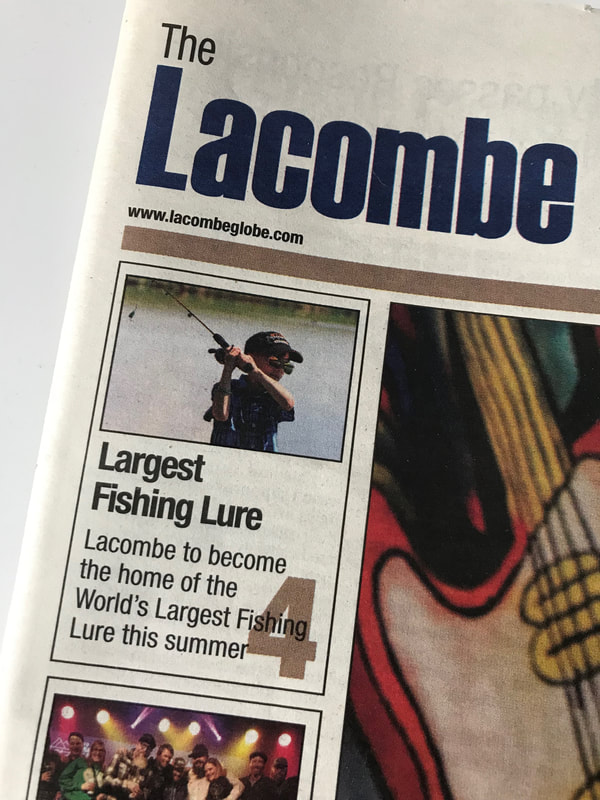 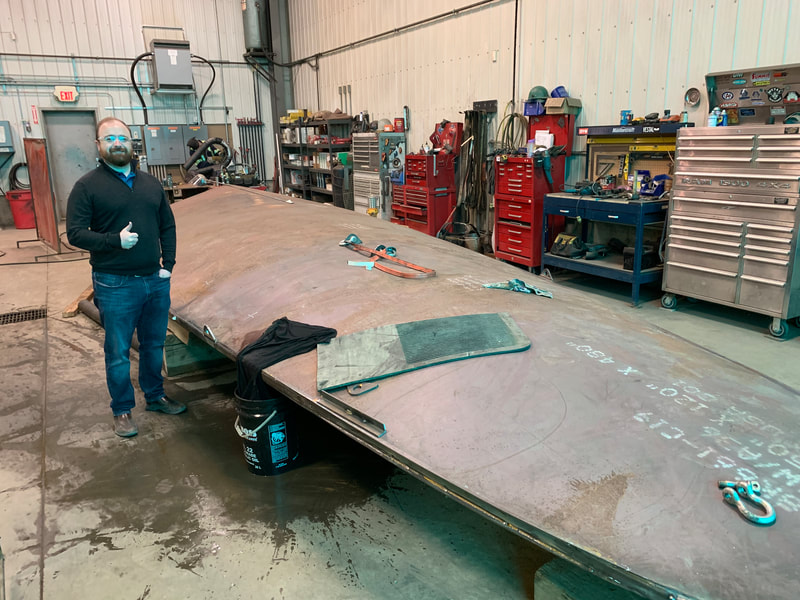 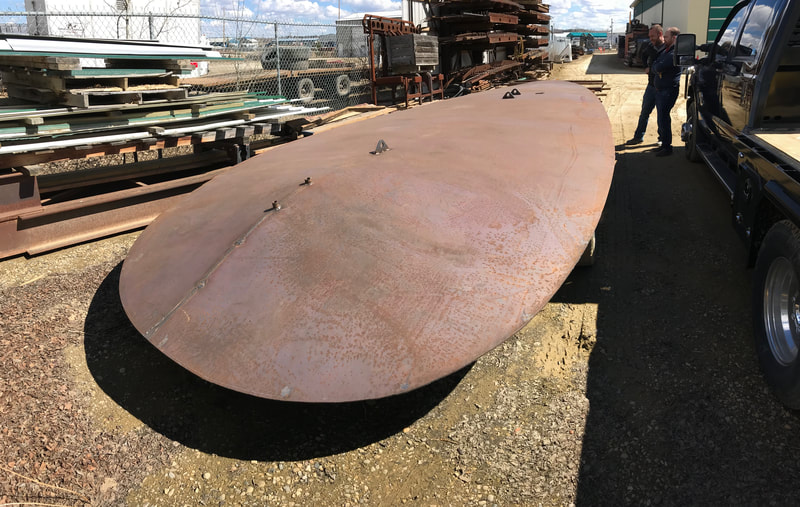 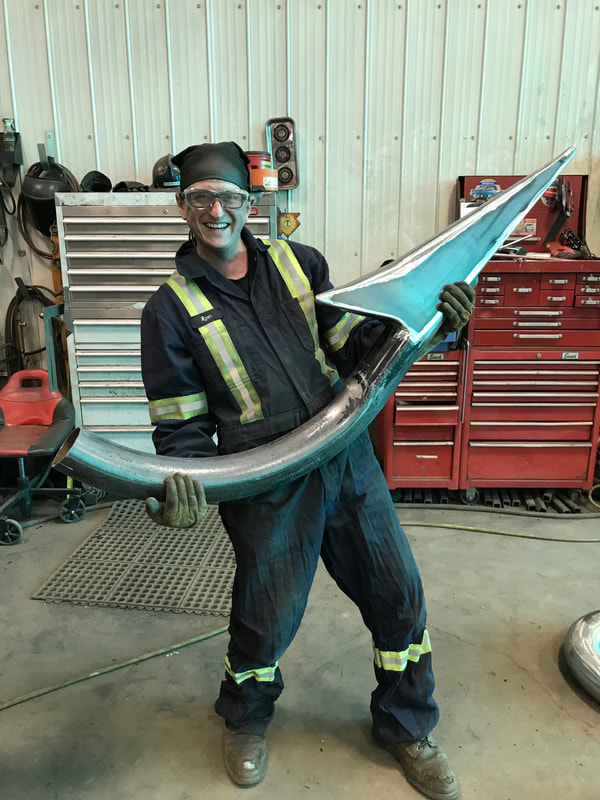 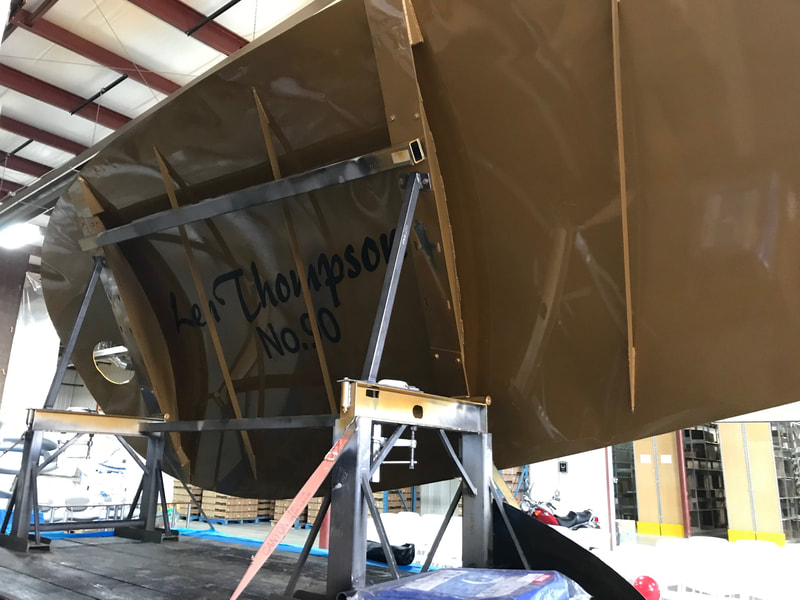 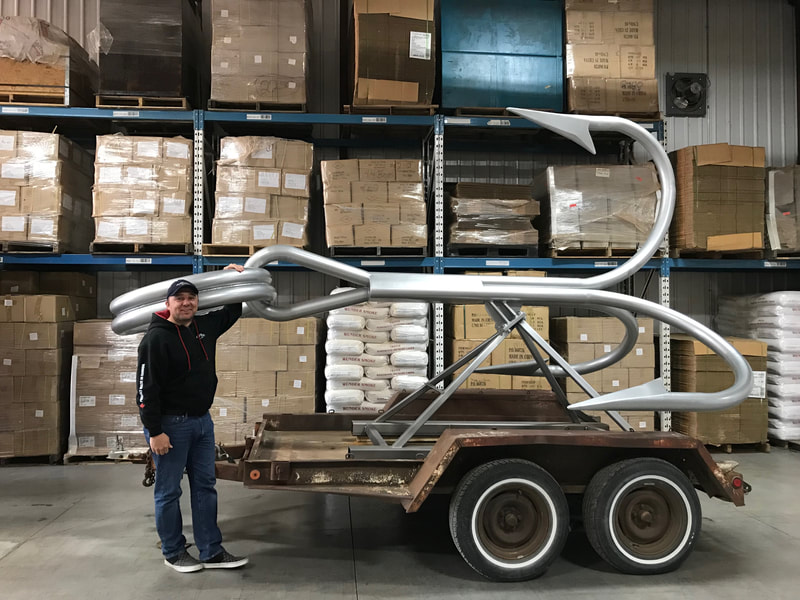 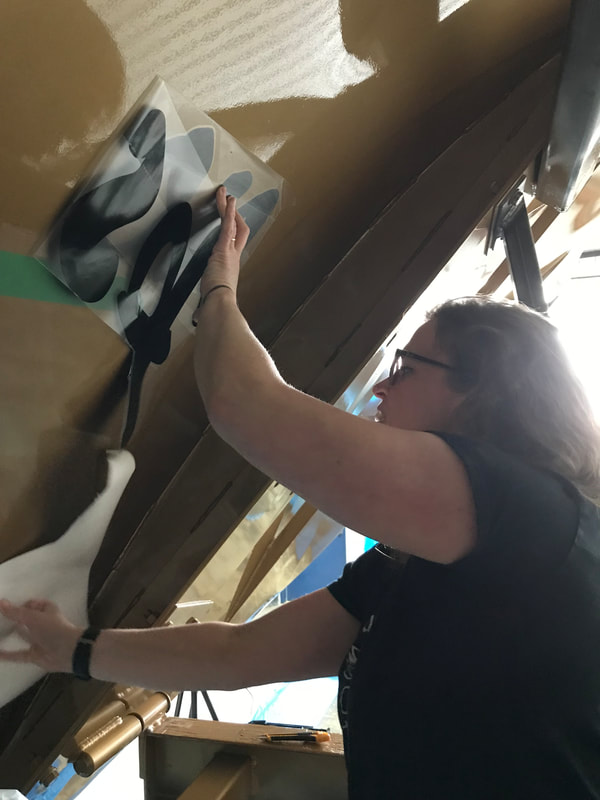 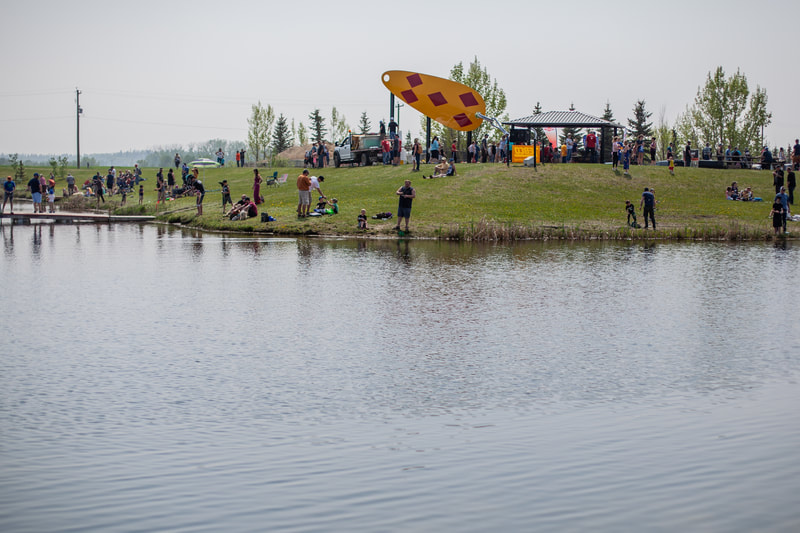 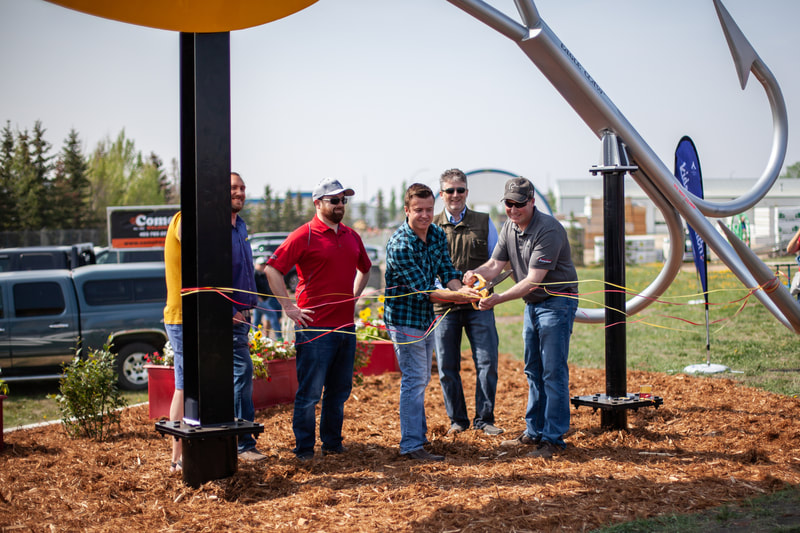 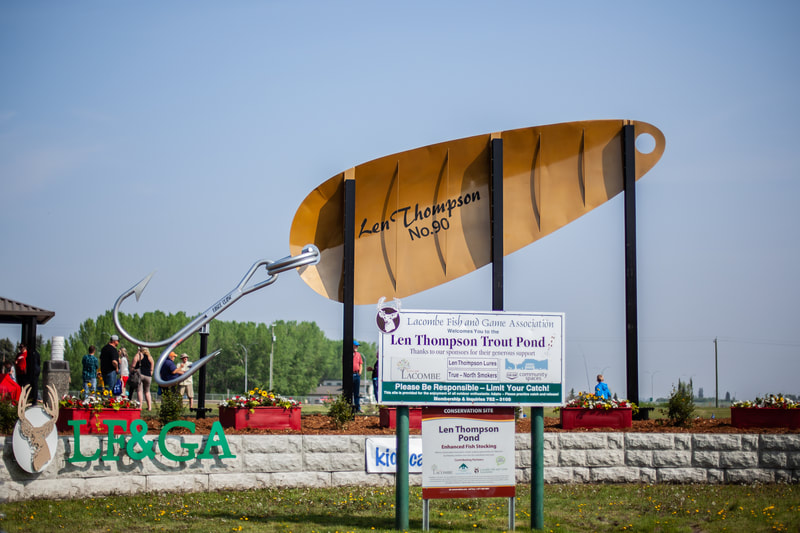 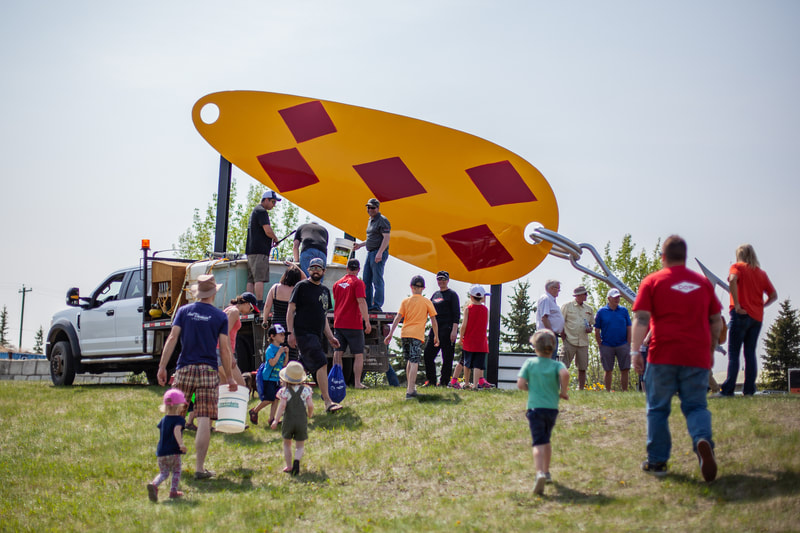 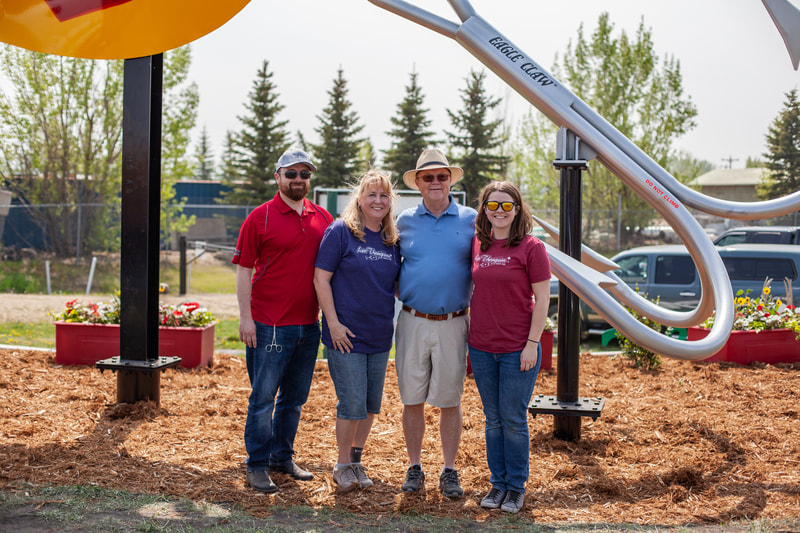 DIRECTIONS FROM HIGHWAY 2A: Head East on Wolf Creek Drive, turn North (left turn) onto Len Thompson Drive. The Len Thompson Trout Pond (and the World's Largest Lure) is located at the end of the road. Public parking is available.
​The Len Thompson fishing pond in Lacombe is a stocked retention pond that provides catch and release recreational fishing opportunities for local residents. The project came to fruition through the efforts of the Lacombe Fish and Game Association. Youth fishing days are hosted annually and regularly bring out scores of families to partake.